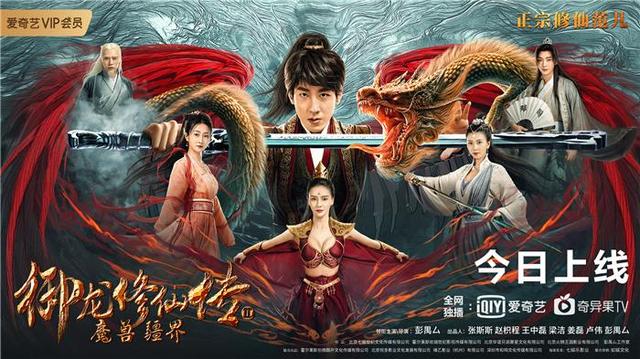 Cancel
Turn Off Light
I Like ThisUnlike Like
I Dislike ThisUn-Dislike Dislike
Share
Theater
0 Comments
2,803 Views
7
3
Report Report Please Login to Report
Please enter your reasons.
Error!! please try again later.
Many thanks for your report.
You have already reported this video.
Please login to report.
Report
Add New Playlist

Watch Online Streaming Chinese Movie Dragon Sword: Outlander (2021) 御龙修仙传2魔兽疆界. Fu Yan, a cultivator accidentally fell into a space crack called Ork Territory. As Fu Yan searched for a way out, he killed many monsters along his journey. After that, he was exhausted and found his cultivation had dropped all the way to the Alchemy Middle Phase. At that time, an old Ghost Cultivator appeared on the Ice Jade he had been wearing all along, he helped Fu Yan find a way out, and taught him alchemy refining. After Fu Yan left the Orc Territory, Fu Yan met Lan Moyi, a saint from the Misty Palace in Shouhua City, they got to know each other and traveled together. However, there were many difficulties along the way, even meeting the Scorpion Queen..