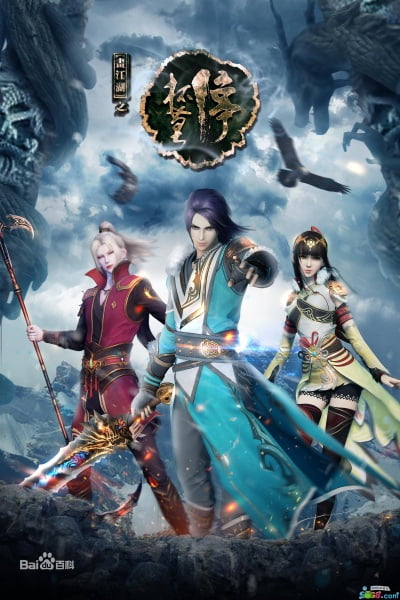 Cancel
Turn Off Light
I Like ThisUnlike Like
I Dislike ThisUn-Dislike Dislike
Share
Theater
0 Comments
881 Views
9,397
137
Report Report Please Login to Report
Please enter your reasons.
Error!! please try again later.
Many thanks for your report.
You have already reported this video.
Please login to report.
Report
Add New Playlist

Watch Chinese Anime A Portrait of Jianghu Mourning Toast Episode 40 Eng Sub HD. Story About Hua Jianghu Zhi Bei Mo Ting: Zong Shuai from the Middle State, Wanyan Zang from the Northern Land, and Wen Taiji from the Southern Territory suffered great loss during their fight for the hegemony of the world. As a result, a 20-year truce was established. Now, with the deal coming to an end, conflicts are brewing in the ostensible peace. In hatred and suspicion, the three families set up their respective Blood Orders, listing the names of the most important people of the hostile families and swearing to hunt them down. A breathtaking war is about to commence.