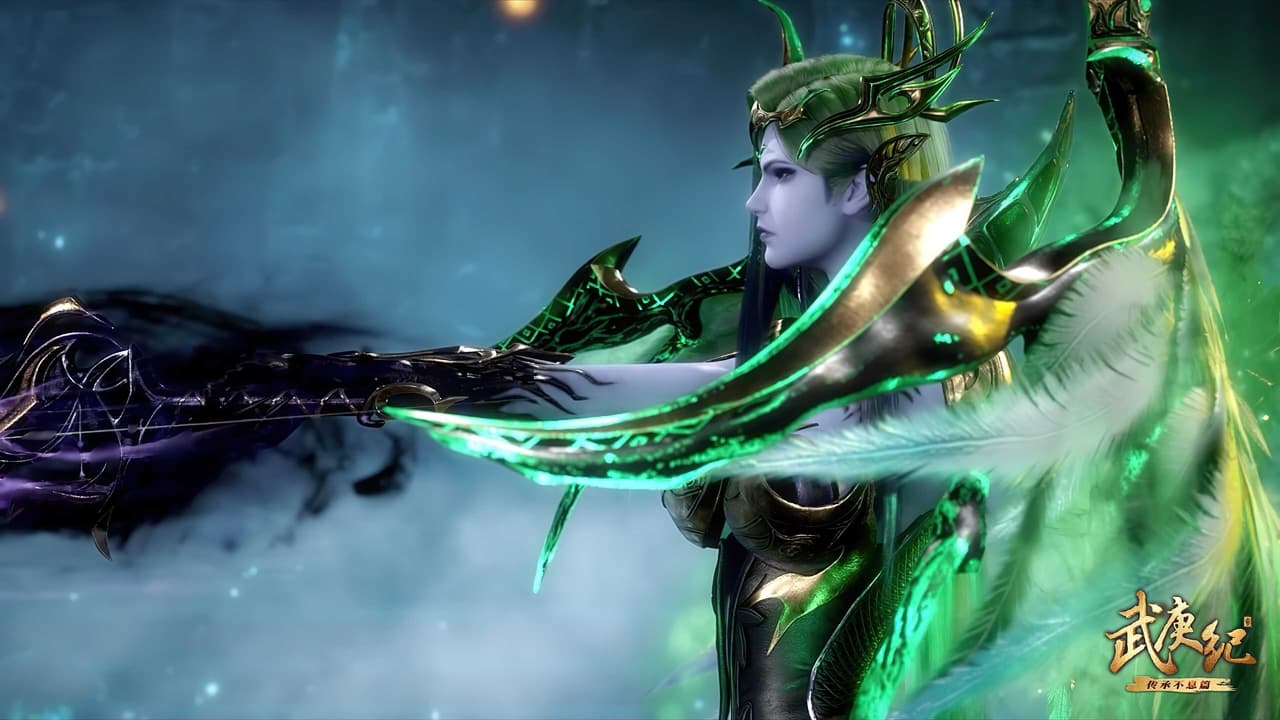 Watch Online Chinese Anime Wu Geng Ji Season 4 Episode 4 Raw Eng Sub Indo Free Download HD1080p 武庚纪  第118集. The Legend And The Hero Season 4. At the end of the Shang dynasty of ancient China, Emperor Shou defied the will of the Gods. He openly declared to lead the people and to resist the gods.

Zi Shou bravely fought against Tian Kui, but only received laughter from the gods watching from above. He was then killed by Tian (another greater god) and broke the Immortal Phoenix armor. Wu Geng then woke up in the body of Ah Gou and realized he has now a wife named Bai Cai.

Rating!
[Total: 1 Average: 5]
I Like ThisUnlike 5
I Dislike ThisUn-Dislike 1
Tags Chronicles of the God's Orderfeng shen jiFeng Shen Ji Season 4The Legend and The HeroThe Legend and the Hero 4武庚纪之天启武庚纪之逆天之决 第4季

The Invasion of Awakening Episode 4