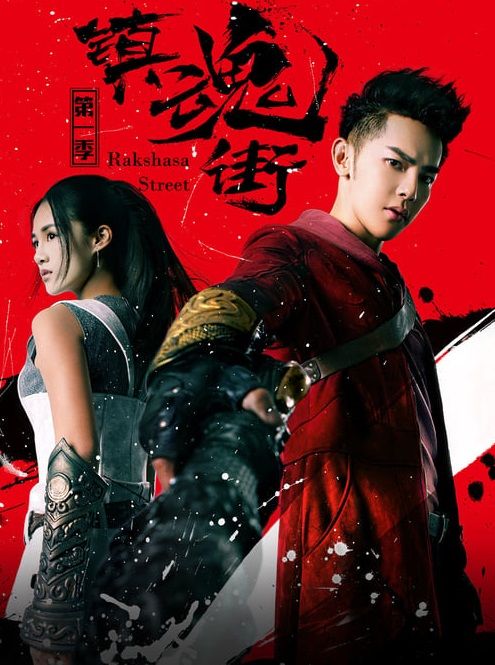 Cancel
Turn Off Light
I Like ThisUnlike Like
I Dislike ThisUn-Dislike Dislike
Share
Theater
0 Comments
2,273 Views
15,875
116
Report Report Please Login to Report
Please enter your reasons.
Error!! please try again later.
Many thanks for your report.
You have already reported this video.
Please login to report.
Report
Add New Playlist

Watch Online Streaming Zhen Hun Jie, Rakshasa Street Episode 7 Eng Sub Indo. Xia Ling, is a senior student and looking for work. After a strange accident where he is the only survivor, he continues to live his life, but when many unfortunate events occur, he realizes that he is now cursed. He was then told that there was only one way to protect his life. He was injured looking for a road called Rakshasa, he rushed out. From this point it is too risky and he has crossed into the transition dimension, the bridge between the rim of humans and hell, where spirits are guarded until they are sanctioned.

There are many roads like this and every road has a guard general, guarding the place. On Rakshasa Street, it was the territory of two brothers – Cao Yan Bing (older) and Cao Xuan Liang. In a world full of evil spirits, can you work with guardian spirits to survive?
Other Name: 镇魂街, Rakshasa Street, Zhen Hun Jie, 镇魂街网剧版
Genres: Action, Adventure, Comedy, Demon, Drama, Fantasy

The Daily Life of the Immortal King Season 2 Episode 9