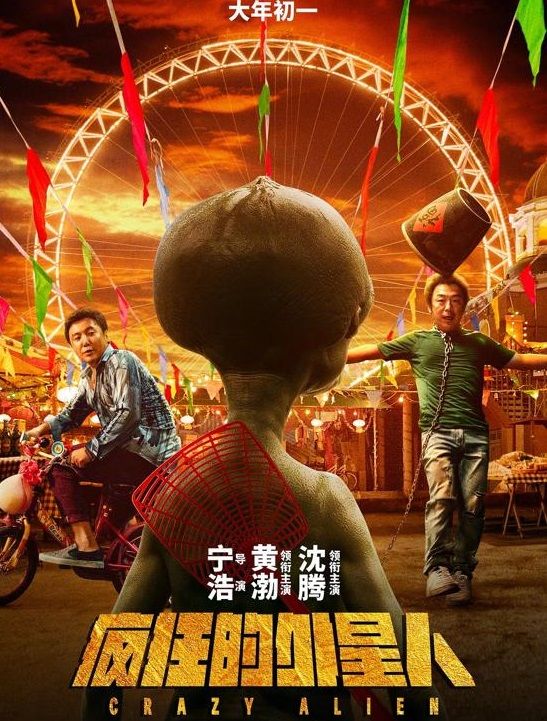 Cancel
Turn Off Light
I Like ThisUnlike Like
I Dislike ThisUn-Dislike Dislike
Share
Theater
0 Comments
990 Views
13,483
17
Report Report Please Login to Report
Please enter your reasons.
Error!! please try again later.
Many thanks for your report.
You have already reported this video.
Please login to report.
Report
Add New Playlist

Watch Online Chinese Movie Feng Kuang de Wai Xing Ren 疯狂的外星人. Known as the most advanced alien civilization in the Milky Way galaxy trying to establish diplomatic relations with Earth. Because of an accident, the alien courier ship hit the atmosphere and ended up in a world park in the city of China. Geng Hao (Yang Yu) and his friend Dafei (Shen Teng) mistakenly identify injured aliens rescuing monkeys from South America. As a result of losing super-sophisticated capacity equipment, alien capabilities cannot be applied. He tried to get the equipment back. On the other hand, superpowers who previously failed to communicate with aliens around the world sought out space envoys based on information left by them. The fate of the earth moves in an unexpected direction

The Invasion of Awakening Episode 2