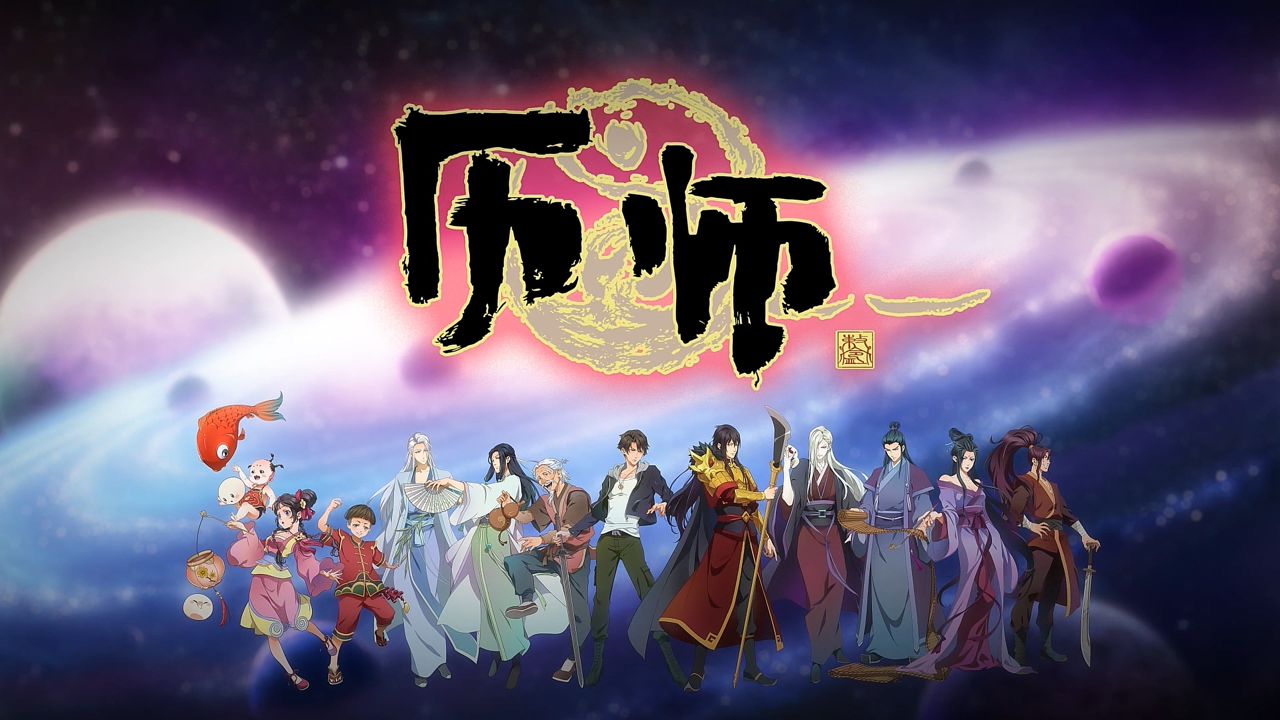 Cancel
Turn Off Light
I Like ThisUnlike Like
I Dislike ThisUn-Dislike Dislike
Share
Theater
0 Comments
710 Views
14,132
165
Report Report Please Login to Report
Please enter your reasons.
Error!! please try again later.
Many thanks for your report.
You have already reported this video.
Please login to report.
Report
Add New Playlist

Watch Online Donghua Chinese Anime Li Shi Episode 11, 历师 第11集 RAW Eng Sub HD. An ordinary young man Xiao Nanzhu returned to his hometown and accidentally inherited a magical weapon called the “Qiankun Calendar”. This weapon left by his grandmother to be used in her work – “Li Shi”. Through the Qiankun calendar, the calendar gods who changed from traditional festivals appeared before him: “New Year’s Eve, Xiaonian, Lantern Festival … to ward off evil spirits and protect the world”.

As a Master, Xiao Nanzhu learned the danger of evil spirits for humans and has become his duty. He chose to collaborate with the calendar gods to fight against all kinds of evil spirits. In the process of confrontation with Xie Zuo, it seems that a great conspiracy has arisen gradually, throughout the world, Xiao Nanzhu discovers that the “New Year’s Eve” calendar deity, which seemed unusual from the start, seems to have an unknown secret … “Almanac”. Interesting story please watch only on Kurina Official website.